Camelid Handling Tricks of the Trade, Or Don't Cut Off A Piece of Perfectly Good Ham!

You would think that human beings would just naturally do things the easy way. As it turns out, we don't. Instead we often do things the way we were shown how to do them the first time. This is not necessarily the easiest or best way. I am reminded of a story… A woman is getting ready for Easter dinner and is busy cutting off the ends of the ham before putting it in the huge roasting pan. Her daughter is watching and asks, "Why are you cutting off the ends? There isn't anything wrong with the ham you are cutting off." The woman says to her daughter, "You know, now that you are asking...I don't know why. This is the way Grandma showed me how to prepare the ham for roasting and I have always done it that way." They both decided to find out why when Grandma arrived that afternoon. When asked about the mystery technique, she said, "My roasting pan was never big enough to hold the ham."
In my experience, I see an awful lot of people using training and handling techniques that are just as nonsensical, and for the same reason. The person who sold them their first alpaca or llama did it that way--so they do too.
You need not begin reading this article at the beginning or keep reading until the end. You don't have to understand or agree with any particular training or handling philosophy. The following list is a compilation of tricks of the trade that will help you work magic with your animals immediately. Newcomers to the camelid business will want to laminate this article and put it in the barn. If you have been at the camelid game for a while, you may already have figured out some of this, but read carefully. You may find one or two nuggets of wisdom to add to your "toolbox." 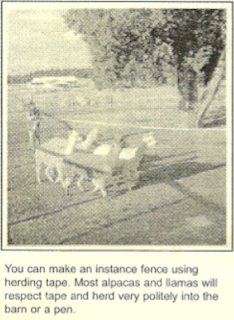 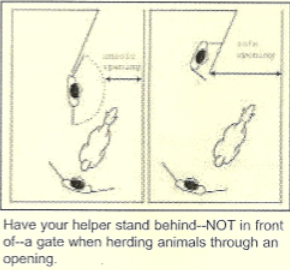 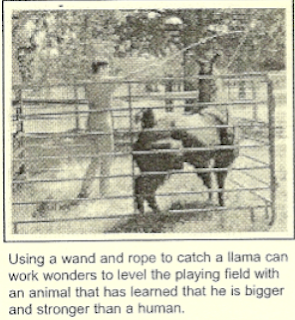 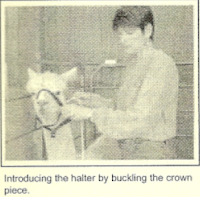 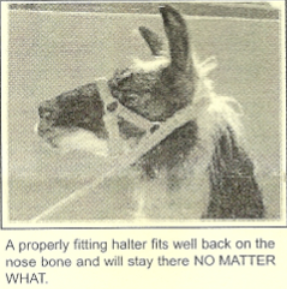 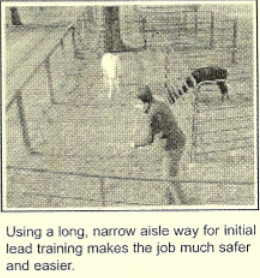 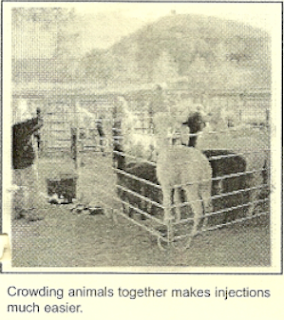 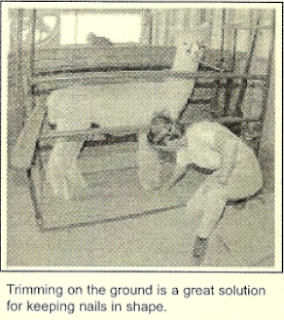 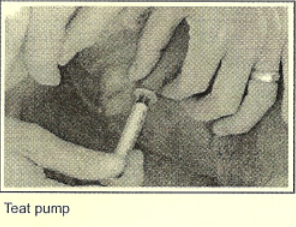 And finally… Whatever you are doing, remember to breathe!

More information and details on these and other training and handling techniques are available in the past columns of Camelid Quarterly and Marty's book, "The Camelid Companion." For more information about Camelidynamics, Marty and TTEAM visit www.camelidynamics.com.
Posted by Vermont Llama and Alpaca Association at 3:59 PM