Training a horse, mule, ox, or other animal is easier if you first figure out what motivates the animal. These four basic drives motivate horses and other animals to do things: Fear, Aggression, A Learned Response, and Instincts. 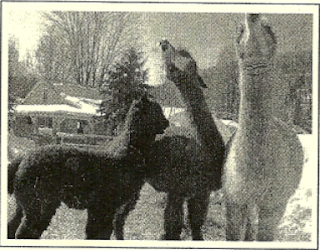 Fear and aggression are often misinterpreted. Did the horse kick because he was fearful, or did he kick because he was aggressive or bad?
Neurologically, fear and aggression are different emotions that may result in similar behaviors, such as kicking or pinning the ears back. Determining which emotion motivates the kicking is important because punishing the horse for kicking will make a fear-based behavior worse. If kicking occurs during a training exercise, it is likely to be fear-based.
Fear is also the likely motivation if an animal becomes agitated when it is alone, tied up, or held in a squeeze chute. Another factor is genetics. A horse or ox with a nervous, high-strung temperament is more likely to have a fear-motivated behavior than an animal with a calm, placid temperament. It is unfortunate that some breeders select for hot - blooded draft horses. This pattern of selection is likely to result in more problems with fear-motivated behavior.
An animal with a hot temperament is more likely to blow up when it is suddenly confronted with a scary novel experience. Many people have said to me, "My horse behaves well at home, but goes berserk at shows." This behavior occurs because shows have many scary things an animal never sees at home. A flighty horse must be accustomed to flags, balloons, and fast moving bikes long before he goes to a show. A safe way to introduce a horse to balloons and flags is to put them in a large pasture and allow the horse to explore them. A dangerous practice is to suddenly confront a horse that has a flighty temperament with a scary object, such as a flag, when he is in a confined space where he cannot move away. Flags and balloons are scary because they make rapid movements and have bright contrasting colors. Bikes are frightening because they move rapidly and can silently sneak up on the horse. If the horse is allowed to voluntarily approach these objects, however, they may become attractive.

An animal often learns bad behaviors because people inadvertently reward the behavior. One common problem behavior is a horse pawing and striking the stall door at feeding time. The horse acts this way because he thinks it will speed up being fed. If feed is given while the horse is striking the stall door, his undesirable behavior will be reinforced and rewarded. He learns to associate being fed with pawing the door. To eliminate the behavior, drop feed into the manger at the precise instant the horse stops pawing at the door. The timing must be right so that the horse will associate keeping his foot still with getting fed. To stop pawing behavior, reward the horse for keeping his foot still.

True aggressive behavior occurs when an animal views a person as a herd mate that needs to be dominated. This problem occurs especially with bulls. Castration will reduce aggression in adult animals, and, if done at a young age, mostly eliminate it. In grazing animals, an orphan male raised away from its own species may be imprinted to people and think he is a person. The resulting behavior is cute in a young animal, but when the male becomes fully mature, he can be dangerous. At full maturity, he may turn on his caretakers to prove that he is now the dominant male in the herd.
Raising young bull calves in a social group helps prevent aggression towards people. Young bulls and stallions must learn they are not people. Orphaned male grazing animals should be either castrated or placed in a social group with their own kind by six weeks of age. When they grow up with their own kind, they learn who they are, and any aggression is more likely to be directed toward their own kind.
The male aggression problem is not due to the animal being tame. It is due to mistaken identity. Social behavior in grazing animals has to be learned. Grazing animals must learn the normal give and take of social behavior. Horses or cattle that are reared alone will often be vicious fighters when mixed with other animals. A young stud colt reared alone may constantly fight other horses because he has never learned that once he has become dominant, he doesn't need to keep fighting. Stallions will be easier to manage when they are mature if they are reared as young colts on a pasture full of other adult horses. 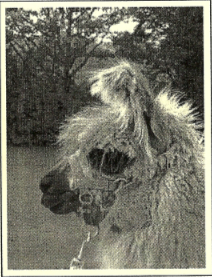 Instincts, or so-called fixed action patterns, are behavioral patterns that are hard-wired into an animal like computer programs. These innate behavioral programs are not dependent on learning. The behavioral program runs when it is triggered by certain specific stimuli that animal behavior specialists call sign stimuli. Birds have many more instinctual behavioral patterns than mammals. The mating dance of birds is a good example of instinctual behavior. In stallions and bulls, the flehmen lip curl is an example of an instinct. Smelling a female hiestrus will trigger it.
Many reproductive behaviors are hard-wired and instinctual. Pressing on a calf's forehead may trigger butting, which will become dangerous when he grows up. A calf should be stroked under the chin or on the withers to encourage it to take a submissive posture. Never play butting games with calves. An instinctual behavior often interacts with learned behavior. Breeding behavior is instinctual, but who is bred is learned. Ram lambs nursed by nanny goats will attempt to breed goats when they mature. To establish normal breeding behavior, orphan animals should be reared in a pen with their own species.
Bottle-feeding a baby for a few weeks will usually not cause cattle to imprint to people if they are penned with their own species. Understanding the motivating basis of behavior makes it easier to deal with that behavior and improve an animal's performance. Punishing fear may make it worse, but some force may be required to stop true aggression. When dealing with aggression, imitate the animal's natural instinctual behavior patterns. A bull that is ready to attack will make a broadside display to show how big he is, facing sideways toward the one he plans to dominate. The broadside threat is an innate instinctual aggressive threat behavior. A bull that displays it toward people can be dangerous indeed. Some bulls will submit and move away when a person makes an imitation of the broadside threat by making themselves look big. If the bull will not submit and move away, he should be culled before he kills somebody. Any bull that charges people in an open pasture is potentially dangerous and should be culled. Aggression toward people must be pre-vented by rearing bulls in social groups.
Smaller animals, such as pigs and alpacas that become aggressive may be dominated by using species typical aggressive patterns. I have successfully exerted dominance on more than one young pig by shoving on its neck with a board, in the same location where a dominant pig would bite. Rearing animals in social groups, however, is the best way to avoid problems of mistaken identity. Exerting dominance over an animal does not mean beating it into submission. During training, all animals respond to positive reinforcement such as feed treat, stroking, or a kind voice.
Trainers should use positive reinforcements to train horses, cattle, and other animals to do tasks. Next time you watch a pulling contest, note how the loggers' horses usually pull better than horses that have been motivated to pull by whipping. Positive rewards make a better motivator than fear.
Posted by Vermont Llama and Alpaca Association at 3:41 PM